Analysing the Current Aversion towards Migrants: The Feeling of Abandonment 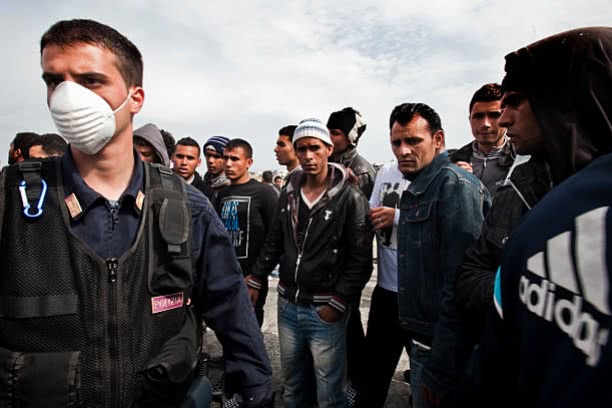 In recent years, the world has been witness to an enormous spike in the rate of migrants fleeing from their home to seek refuge abroad. Data accumulated by the UN has shown that there are currently 250 million people living in a country that is not their own; reflecting a staggering 50% increase since 2000. In particular, however, the Mediterranean has proven to be key for the issue. In 2018 alone, the UNHCR recorded 72,000 arrivals in the Mediterranean alone, in countries like Italy, Spain, Cyprus and Greece. The sheer number of has resulted in an enormous strain on the resources and infrastructure of the host countries. At the same time, however, there has been a notable burden on the social and cultural fabric of these nations: a pressure that seems to have resulted in intolerant and mistrusting attitudes towards these individuals.

What lacks in many studies relating to this topic is an analysis of the possible ideals and reasons behind this attitude of mistrust. Italy, as a prime actor and as a formidable host nation, acts as a perfect case study for this examination. In the last few months alone, Italy has received more than 18,000 migrants from various nations across the Mediterranean. Due to European norms, Italy has had to carry the burden of all those it has saved, alone; bearing an immense moral and structural burden.  The Italian population has welcome countless migrants from across the globe, often hosting them in their own home. Nevertheless, recent rhetoric on the matter has shifted more and more towards the viewing of the Italian population as a highly racist one.

“Italians are Racists” - People for Planet

“Has Italy become a Country of Racists?” - Il Post

These are just a few of the headlines that appeared around Italy in recent weeks: demonstrating a dangerous trend and damaging image for the nation.

What many Italians have realised, however, is that this sentiment of intolerance and doubt is most often correlated to a feeling of abandonment residing in the native population.

2017 recorded the highest level of poverty in Italy since the last decade. Over 8% of the entire population is in a grave state of poverty, corresponding to over 5 million families without a job home or hope. These individuals and families, that have given their lives and efforts to better their country, often find themselves alone and abandoned by those that have the duty to protect their interests. Moreover, they often find themselves harassed by these very institutions; a feeling that cannot but breed intolerance and distrust.

This disconcerting situation combined with a strong feeling of abandonment, seems to have led many to fear for a replacement or shift of attention from their needs, towards those coming from abroad: a fear of being forgotten for good.

Intolerance and negative mind-sets are most often generated by a general dissatisfaction for the status quo.

The welcoming of migrants fleeing from dread and sorrow is a duty. At the same time, however, the citizens of host countries need to be put in the condition to be able to welcome them. New social and economic policies need to be enacted to ensure that those in need in the country are also cared for and protected. Only then will populations around the world be able to trust and support the current migrations trends. No country can abandon its own citizens; not even in the most desperate of socio-economic situations.