Cooperation in the EU’s Defence Industry: Getting PESCO to Work 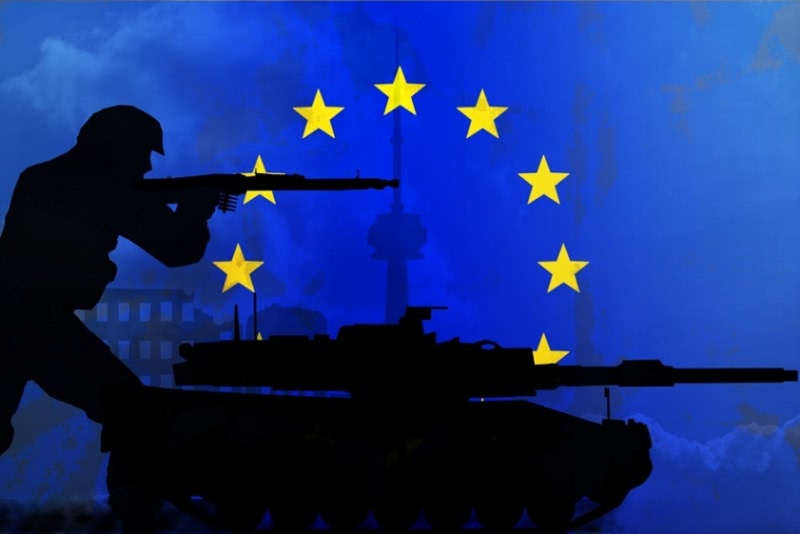 The unfolding of disrupting events, such as the result of the Brexit referendum and the election of Donald Trump as President of the United States, coupled with the French election of pro-EU Emmanuel Macron created the right impetus for reforms in the defence and security sector at the EU level. The initiative came from France and Germany, which on 13 July 2017 tabled a detailed proposal subsequently underwritten by Italy and Spain. The political will was such that by the end of the same year, the European Council - with the involvement of 25 member states - agreed to establish the Permanent Structured Cooperation (PESCO). PESCO is the term that labels the permanent framework for closer defence cooperation within the Union which was referred to by President Juncker as ´the Sleeping Beauty of the Lisbon Treaty´, that was finally awaken.

The two declared objectives of PESCO are essentially to make the European defence industry more efficient and competitive, and to reinforce EU´s strategic autonomy. With regard to the former, PESCO represents a credible attempt to move beyond the current system, which consists of a host of companies competing for national contracts. These contracts, taken alone, represent a modest share of the market as each state requests its own national variant of the equipment on offer. Yet, if the European countries were to harmonise their defence planning frameworks, the defence industry would adapt to uniform requirements within each capability 2

area, and therefore be able to design, produce and procure single systems for each domain. This shift would mean to resemble the US model where competition remains between two or three big internationally competitive industrial consortia. On the other hand, reinforcing EU´s strategic autonomy refers to the capacity of autonomously performing military operations, and therefore requires the EU to be equipped with all the necessary capabilities in order to perform certain military task at any time and - if necessary - alone.

Within the PESCO framework, the participating countries signed up 20 commitments. In doing so, they committed themselves to ´regularly increase defence budgets in real terms in order to reach agreed objectives´, allocate 20% of their total defence spending to defence investment to fill strategic capability gaps, and another 2% to defence research and technology. Furthermore, each participating country must take part in at least one of a list of capability projects deemed ‘strategically relevant’, help address EU capability shortfalls and prioritize collaborative options even when addressing national capability shortfalls, align defence planning frameworks, and contribute to the achievement of the EU´s military level of ambition through strategic formation deployment.

This is not the first attempt to deepen defence cooperation at the EU level, but some aspects of PESCO make it different from other disappointing initiatives. First of all, it came out of a Council decision, which is legally binding and entails that the Council of Ministers will assess on an annual basis whether the participating countries are fulfilling their commitments. Although the requirement of producing an annual National Implementation Plan does not guarantee in practice that member states will meet all of their targets, it obliges them to explain their shortfalls before other participating countries as well as their national parliaments. Furthermore, since PESCO´s collaborative capability projects consist of collective engagements, participating states will most probably work in order to keep everyone in line. PESCO´s incentives to foster compliance envisage not only the stick but also the carrot. Indeed, PESCO is closely connected with the European Defence Fund (EDF), which provides EU co-financing to foster defence cooperation. PESCO projects are foreseen to benefit from EDF co-financing amounting to 30% instead of the standard 20%.

Despite the promising start, the path leading to a productive and working PESCO is still long and not without obstacles. The first issue to be addressed regards cloudy defence tenders and contracts that are still the norm in some EU countries. For instance, Italy, Poland and Portugal have been violating EU defence-market legislation by awarding contracts to national industries without public tender. This lack of transparency is conducive of protectionist tendencies at the national level that are in contrast with PESCO’s basic principles. So far, the European Commission has done little to tackle these behaviours and in order to make PESCO work it will have to be willing to impose standards and increase compliance. One reform that could be useful in this sense would be to require a simple majority to remove a participating state from PESCO instead of a qualified majority – as it is today. At the same time, the original authors of PESCO France, Germany, Italy, and Spain should work in order to develop a culture of compliance. This translates into clear and firm language, transparency, and the goodwill to demonstrate that they put the collective European interest first.

An additional aspect to take into account is how to foster decisions that can strategically benefit the entire EU, while keeping those member states that participate in PESCO as the ultimate decision-makers. From this point of view, an existing institution can come to the aid, 3

namely the Coordinated Annual Review on Defence (CARD) program. CARD was entrusted to the European Defence Agency in 2016 and is designed to identify common capability shortfalls. On these grounds, it fosters the alignment of national defence budgets and capability plans. Outside the PESCO framework, CARD is a voluntary initiative and thus far has not been a very popular one. This comes without much surprise since it entails the opening up of defence planning books. Yet, if participation in the CARD was mandatory for all countries in PESCO, it would be instrumental to Europeanize PESCO procurement objectives and ensure that EU governments are complying with capability development commitments.

Improvements are needed when it comes to the list of collaborative projects too. The first set of projects was established by a decision adopted by the Council in March 2018 and includes 17 projects ranging from the establishment of the European Medical Command to the development of a mobile precision artillery platform. Despite the undoubted necessity of projects as such in order to achieve deeper integration, most of the other projects do not meet the identified European shortfalls. With 25 participating countries, the level of inclusiveness inevitably waters down ambition. Nonetheless, if participating countries want to produce some notable results out of PESCO, the next round of project proposals - which is scheduled to take place by the end of the year - has to be more ambitious. A serious step forward would entail the inclusion of strategically relevant proposals that capitalise the large critical mass of participating states and fill those capability gaps that the same countries alone would not be able to address. These include air-to-air refuelling, long-range air and sea transport, remotely piloted aircraft systems, target acquisition and reconnaissance, and cyber defence. Certainly, it is up to France, Germany, Italy, and Spain to propose genuinely strategic projects.