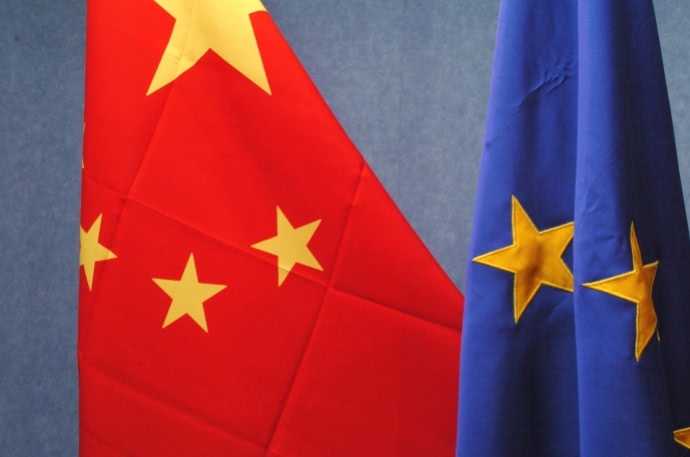 In April 2018, German newspaper Handelsblatt reported that twenty-seven EU ambassadors out of twenty-eight signed a document denouncing lack of reciprocity in infrastructure projects linked to the far-reaching Chinese development strategy Belt and Road Initiative (BRI), launched by President Xi Jinping in 2013. The document criticizes the BRI as a means for Chinese attempts to shape globalization. The plan is said to run ‘counter to the EU agenda for liberalizing trade’ and to push ‘the balance of power in favor of subsidized Chinese companies’.

This analysis of the BRI clashes with reiterated Chinese declarations celebrating the initiative as a "win-win" strategy for all countries involved. According to Chinese narratives on the strategy, the latter is believed on the one hand to have the potential to both solve Chinese serious overcapacity problems and guarantee access to food and energy. On the other hand, the building up of physical infrastructures and the resulting enhanced connectivity are said to be instrumental to bring about economic development in all countries involved.

Although this is not a comprehensive picture, it is certainly true. For instance, raising STANs countries from their deeply underdeveloped status would bring about new economic opportunities for all. Furthermore, the BRI has not been planned so as to directly damage competitors such as the EU, but the reasons behind it are to be found at the domestic level.

First of all, after having raised more than 500 million people out of poverty in less than 40 years, China is now willing to bring about economic development in its poorer provinces in the West. The fight against poverty has been linked with the ambition to penetrate foreign markets at the same time. Indeed, the aim is to establish Chinese production chains, where labour-intense manufacturing would be relocated from the developed provinces to the poorer regions in the West and Chinese assembly plants are encouraged to move overseas. The BRI would provide those physical and institutional infrastructures that are crucial to breathe life into these dynamics and make this type of Chinese production chains economically profitable.

The relocation of labour-intensive factories is part of a larger blueprint that envisages the replacement of the latter with capital-intensive high-tech producers in the rich areas of China. The ‘Made in China 2025’ agenda shows Chinese aspirations about becoming leader in industries such as aviation, renewable energy, railways, and biotech. The aim is to develop goods independently from Western multinationals’ intellectual property rights and expand China’s market share in high-end goods.

A second reason behind the BRI lies on the overcapacity problem of the manufacturing industry and the consequential risk of bankruptcy for Chinese firms. To this regard, steel factories represent a good example. Indeed, as the State Council has already stated, China cannot afford to reduce steel production and the only way to solve its overcapacity problem is to make it more competitive through mergers, the establishment of Chinese quality standards, and the promotion of export through the New Silk Road – which is expected to create demand for 85 million tons of steel.

Besides the manufacturing agenda, a further area of interest in order to analyse China’s motivations towards the BRI lies in national security. Indeed, various policy documents show that China wishes to increase its access to natural resources, namely food and energy. With reference to the former, Chinese companies would be supported to acquire farmlands and establish processing plants in partner countries. As regards energy, the BRI entails the building up or upgrading of energy corridors, including pipelines, refineries, and liquid natural gas hubs. The goal is to import more energy supplied by Chinese firms.

Determining that the main motivations behind the BRI are strictly domestic should not lead to believe that this development strategy could not present some threats to the European Union. Indeed, there are at least two BRI-related aspects that damage EU interests, and that the EU should not underestimate.

The first aspect consists in the difficulties European companies have to face in order to gain access to Chinese markets. Enhanced physical infrastructures and financial institutions across Eurasia would ease flows between the EU and China, but they do not guarantee equal benefits for each side. The simple fact that China does not adopt those liberal market rules so dear to the European Union is a source of economic asymmetries that can be observed by looking at FDI data. In 2017, while outward FDI flows from China amounted to $111 billion, Chinese inward FDI – once investments from Hong Kong are stripped out – amounted to less than $40 billion.

Despite the fact that President Xi Jinping, in his Belt and Road Summit Speech in May 2017, called for a progressive opening up of the Chinese market, up until now there has been little progress in this direction and considerable restrictions remain in force. The Chinese government identifies three categories of inward FDI: encouraged, restricted, and prohibited. Yet, foreign investors face some obstacles even with regard to encouraged investments. They denounce the frequent use of industrial policies as a means to favour state-owned enterprises and domestic firms; the introduction of equity caps, limited voting rights, and restrictions to foreign participation on companies’ boards; weak protection and enforcement of intellectual property rights; corruption; opaque and discriminatory antimonopoly enforcements; a non-transparent legal system lacking rule of law; and excessive national or cyber security requirements.

China’s foreign investment can generate some important political outcomes too. Chinese investments and acquisitions of stakes in firms, banks, ports and utilities has already turned out to be instrumental to increase China’s influence in some European countries and conducive to political divergences within the European Union. The cases of Hungary and Greece are emblematic.

In 2014, outward Chinese FDI into Hungary had risen by 471% if compared to 2009 figures, reaching over $556 million. In relative terms, this amount equals to almost 33% of total Chinese investments in central and eastern European (CEE) countries and makes Hungary the country that benefited the most from China’s FDI in the region. Furthermore, China and Hungary have become intertwined even at the institutional level. In 2013, the People’s Bank of China signed a 10-billion-yuan currency swap with the Central Bank of Hungary – renewed in 2016. In 2014, the Bank of China opened a branch in Budapest with the aim of encouraging local companies to trade with and invest in China in renminbi. Further to this, in 2015, Hungary purchased Chinese sovereign debt. Not surprisingly, the Hungarian government has appeared to have become increasingly unwilling to criticise Beijing. The Hungarian ambassador’s failure to sign the document to which we made reference at the beginning of this article is just the most recent case in point. For instance, in 2015, following China’s legal defeat over the South China Sea, the EU’s statement did not make any direct reference to China due to internal divergences sharpened up by Hungarian and Greek stands on the matter.

With reference to Greece, China’s political foothold has yielded some other friendly outcomes, such as Athens preventing the EU from condemning China on human rights grounds in 2017. The flagship of Chinese massive investments into the Hellenic Republic is 2016 CESCO acquisition of a shareholding of 51% in port Piraeus. However, Chinese FDI into Greece has targeted a multitude of sectors, ranging from transport infrastructure to energy, telecommunications, and – albeit in a relatively small way – tourism and real estate.

Given the significance of these problems, the failure to go along with liberal market rules in China represents a major obstacle to the realization of BRI, or at least as it concerns the entry points into Europe. In addition, rather than the progressive opening up publicly auspicated by President Xi for his country, we can observe a European protectionist response to the increasing volume of money –

and acquisitions – flowing into the old continent. Indeed, following a joint letter by the French, Italian, and German economy ministers to EU Commissioner for Trade Cecilia Malmström in February 2017 and the two-month-later proposal for a motion on increased screening measures put forward by the European People’s Party, the European Commission adopted a proposal for a regulation establishing a framework for screening of FDI into the EU. First reading in the responsible parliamentary committee is expected to take place in May 2018.